I may have found my spot in the sun.  Now, at 74 after having covered a pretty good portion of the world, I have chosen to give myself a base, with a longer-term perspective.  I had been to San Miguel several times before.  Once for three months, three years ago and twice coming and going from other parts of Mexico, last year.

My previous idea was to spend 6  (summer) months in the Pacific Northwest and 6 months in warmer climates during the U.S. winter months.  (I have become cold adverse, having grown up in Chicago.)  Last summer, as I travelled around the Pacific Northwest, in Bertie, a number of negative aspects began to emerge.  Due to climate change, Temperatures were often over 100 degrees.  Forest fires were frequent and unpredictable, causing smoke and unhealthy air quality.  Due to Covid and other aspects, city populations were migrating to the Pacific Northwest.  This fact, caused another group of problems, including congestion, housing shortages, and all leading to increased prices.

I celebrated 4th of July, in Aspen, Colorado and began to ponder better alternatives.  I got on the internet and went to “Trusted Housesitters.com” to see where else might better solve my problem.  I found a three month housesit in San Miguel and immediately applied for it.   It was from July 18th to Sept 18th.  As it turns out, San Miguel is at an elevation of 6,500 feet.  Once there, it became apparent, that though it is pretty far south, being at elevation, the summers are pleasant and the humidity is also low.

Beside all that, it is a relatively small town that favors expats in many ways.  Prices, are much lower than the U.S., (though considered expensive for Mexico.)  There are great restaurants, cultural events, opportunities in all areas.  Art and artists of all types reside here and, of course, a great pickleball community and club.

After spending the entire summer, in my housesit, I began to ponder.  Life is easy and quality of life is very good.  It is affordable.  Weather is good year round.  It is a 12-hour drive from the U.S.  and an hour and a half flight from Queretero, with many flights available.  For the most part, it offers a combination of qualities, at a price, that is difficult to beat.  So I told a pickleball buddy, I was considering looking at a few rentals and I was researching the possibility of making San Miguel my base.

He told me about a house, across from his, that had been on the market for several months.  I went to look at it and basically, that was all she wrote!  The small, two bedroom, two bath, house called out to me, immediately.  It was (and is) the perfect little home for me.  It is walking distance to everything on a wide private cul de Sac, inhabited by only other Expats.  I leased it for a year, beginning Oct 15th with the right to renew, and very importantly, the right to sublease. 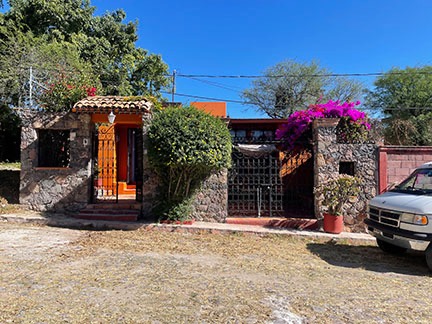 I have been living here, happily since then. The simple house, on one level, serves my needs perfectly.  The recently painted, all white walls are now filled with my paintings. I have been quite productive and continue to be inspired.  Without trying, I have sold a number of paintings, locally.

Living is easy here.  I have acquired a temporary resident visa, good for four years.  I have a number of good friends, already and new people are always coming.  I have a studio area in my house, which is causing me to paint more and more easily.

I hope things continue along this path.  I am content, for the present.I have created a small studio area, where it is easy to paint. 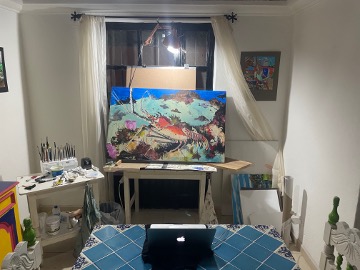 My inspiration is usually from people, places and events around me.  A few of the latest works include a painting of a good buddy, Kenny Ableman, in New York on the top of a double decker bus in New York. 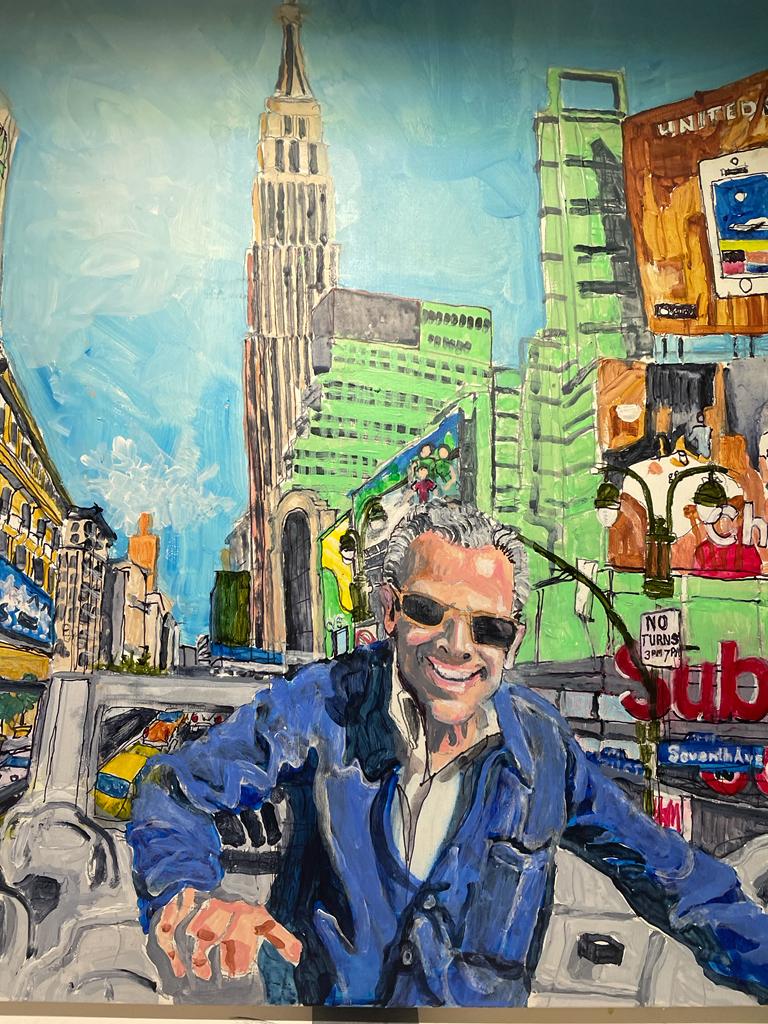 And a series of paintings of my friends playing my favorite pastime, Pickleball. 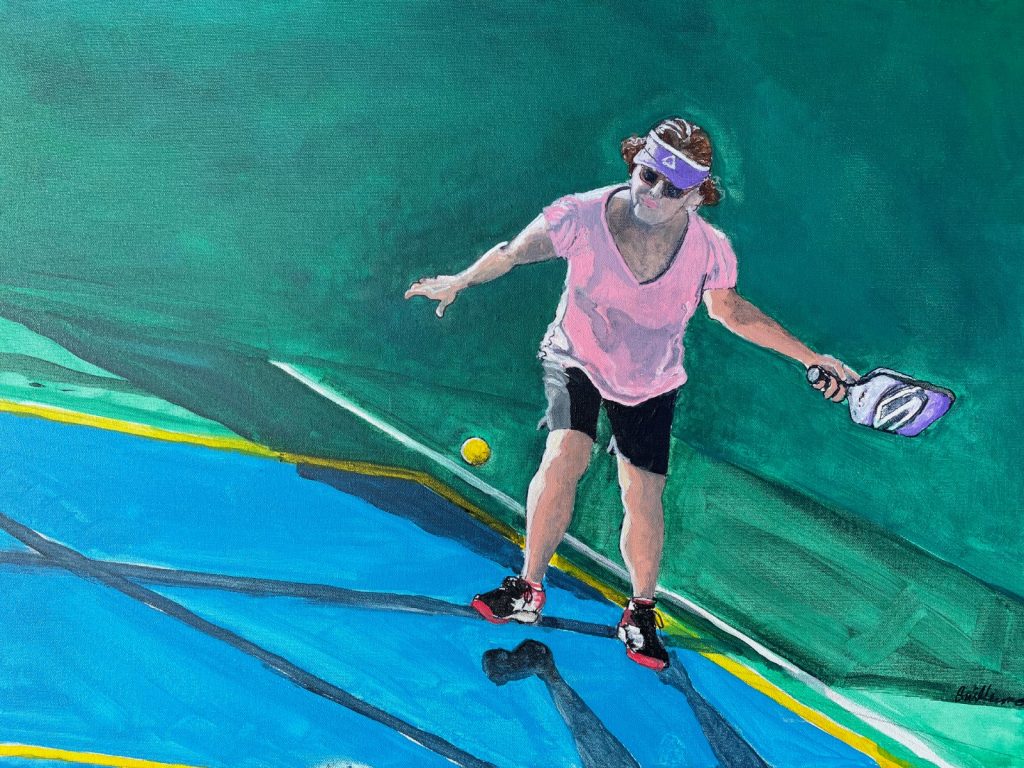 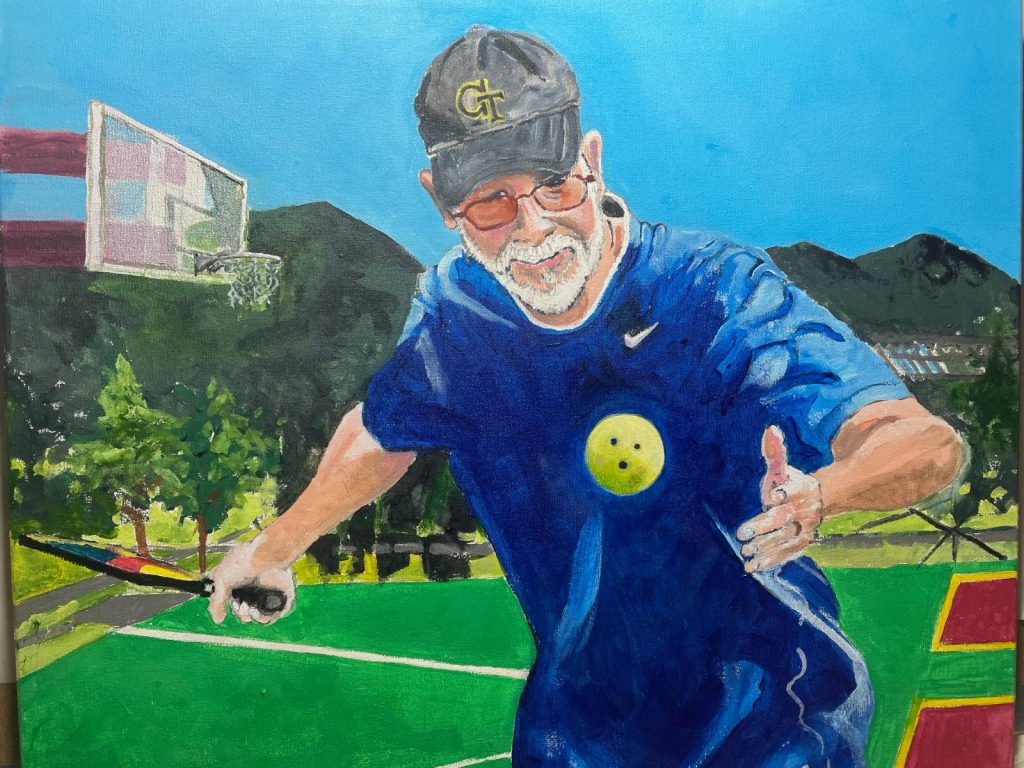