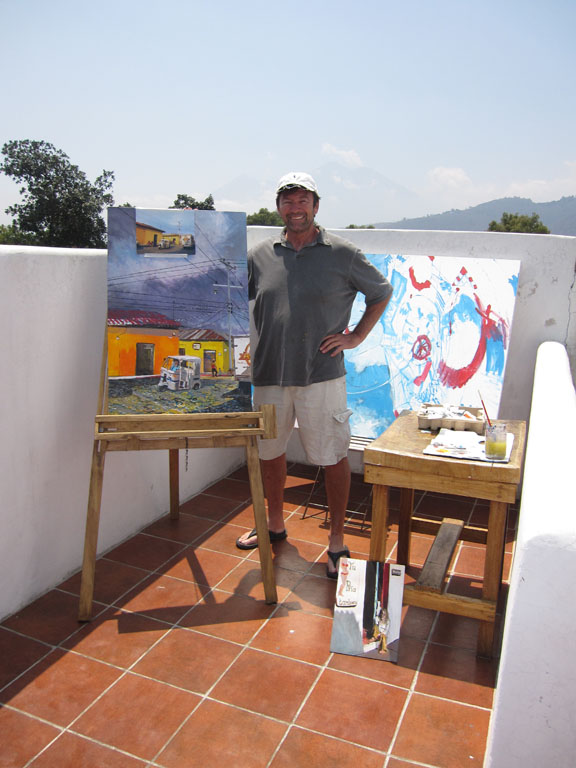 Bill Sloan, born in Chicago and raised in Libertyville, Illinois has always loved art. His family (a combination of Scott-Irish and Italian) is filled with artists, including his cousin, Joan Mitchell, the world’s foremost female Abstract Expressionist. The family influence of the early years was later reinforced by formal study at the University of Colorado and with other Masters.

His style of work emphasizes freedom of hand. His paintings are predominantly of people, street scenes and landscapes. He enjoys the imperfect and semi-accidental effects caused by loosely laying down the image in two colors without use of any mechanical aids. His work has expanded over time, from contemporary impressionist to include a looser interpretation of light and color, while still maintaining the underlying context of recognizable objects. Bill’s works range in size from small to very large. Like most artists, much of his work reflects some part of his own journey through life.

Bill is available for Commissions.
(Click Here To Get in Touch)